The future of the Oil & Gas Industry 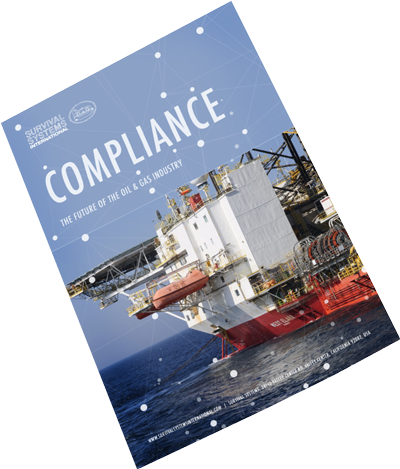 Receive an email when we publish a new post

The amazing true story of Tim Matherson who was safely rescued from the Gorilla I disaster because of a Survival Systems International Totally Enclosed Motor Propelled Survival Craft (TEMPSC).

This story begins on the 8th of December 1988 in Halifax, Canada. Low levels of drilling activity and huge maintenance costs had pushed Rowan to look to the North Sea as a more lucrative location for their rig.  They had commissioned the Smit London to tow their rig there and the crew were ready for their trans-atlantic mission.

On the morning of December 13th the crew is faced with their first signs of trouble as a storm brought in 40 ft waves along with winds of 60 knots. Over the next two days the rough seas battered the rig forcing the rigs legs to oscillate which caused severe fractures in the hull and flooded the storage tanks in the stern. The weight of the flooding lowered the stern to the point where waves began breaking over the deck. In the video the subject Tim recalls seeing their “rig torn apart with monstrous waves rising above the deck and ravaging across.”

Around noon on December 15th the waves were recorded at 50-60ft and the captain gives a warning to the superintendent that the rig was in imminent danger of sinking. At this moment the decision was made that the crew would evacuate the rig and make for our capsule.

After loading the crew into our 36 man capsule they conducted a final safety check and head count, pulled the first release and began their descent toward the water. As the capsule was lowering they were struck by a wave that threw the capsule into the side of the rig and tim recalls a “incredible bang” when they hit. After this the capsule proceeded its decent and made it safely down to the water where they pulled the second release.

Just a few hours after they evacuated the Rowan Gorilla I rolled aft and capsized. Unfortunately for Tim and the crew the sees were too rough at the time to rescue them so the decision had to be made to leave them until the waters were safer which would not be until the next morning.

The crew spent their long night singing songs in the capsule waiting for their rescuers as  they were tossed among the enormous waves. One wave in particular the captain recorded took the capsule 60 ft and plunged it into the sea. They waited over a minute expecting to see the debris of the capsule surface amongst the waves, but saw nothing. At this point the captain wrote in his log book, “They’re gone.” Nearly another full minute had passed at which point the capsule resurfaced

To date, SSI products have resulted in the safe rescue of over 2,200 people in over 60 incidents at sea.

The Rowan Gorilla I jack-up oil rig was built by the Marathon LeTourneau yard at Vicksburg, MI and completed in 1983. From 1983, the Rowan Gorilla I spent the first 5 years of its life located off the east coast of Canada. Low levels of drilling activity and high maintenance costs led to the initial decision to move the rig from Halifax, Nova Scotia to Trinidad, West Indies. Lack of a contract led to the subsequent decision to move the rig in winter across the North Atlantic to North Sea area. The rig departed Halifax on 08 Dec 1988, towed by the M/V Smit London.

On the morning of the 13 December, a storm to the south-west of the rig's position brought winds of 60 knots and waves over 40 feet. Over the following two days, the rig was battered by high seas resulting in some significant damage. Wind and wave action caused the legs of the rig to oscillate and transmit stresses to the supporting structures on the hull. This caused hull fractures to propogate and flood storage tanks in the rig's stern. The lowering of the rig's stern allowed the high seas to break over the deck, causing containers and other deck cargo to break loose and batter top-side hatches, creating more points of flooding. On top of this, the tow line, having suffered two days of abuse, broke and the Smit London could only stand by as the crew of the rig attempted to control the flooding situation.

By 1000 on the morning of the 15th December, the captain of the Smit London noted that the rig was considerably heavier by the stern and, noting similarities with the sinking of the Dan Prince jack-up, warned the rig superintendent that the rig was in imminent danger of sinking. Around noon, a series of waves from 50 to 60 foot high hit the rig, dislodging the remaining loose cargo and causing the stern to hang under the seas. After consideration, the rig superintendent then ordered the crew to abandon the rig via the starboard lifeboat.

This video is the story of one of the survivor's Tim Matherson, who used a Survival System's International TEMPSC to safely evacuate and be rescued to return to his family.

{"email":"Email address invalid","url":"Website address invalid","required":"Required field missing"}
We use cookies on our website to give you the most relevant experience by remembering your preferences and repeat visits. By clicking “Accept”, you consent to the use of ALL the cookies.
Cookie settingsACCEPT
Manage consent

Any cookies that may not be particularly necessary for the website to function and is used specifically to collect user personal data via analytics, ads, other embedded contents are termed as non-necessary cookies. It is mandatory to procure user consent prior to running these cookies on your website.