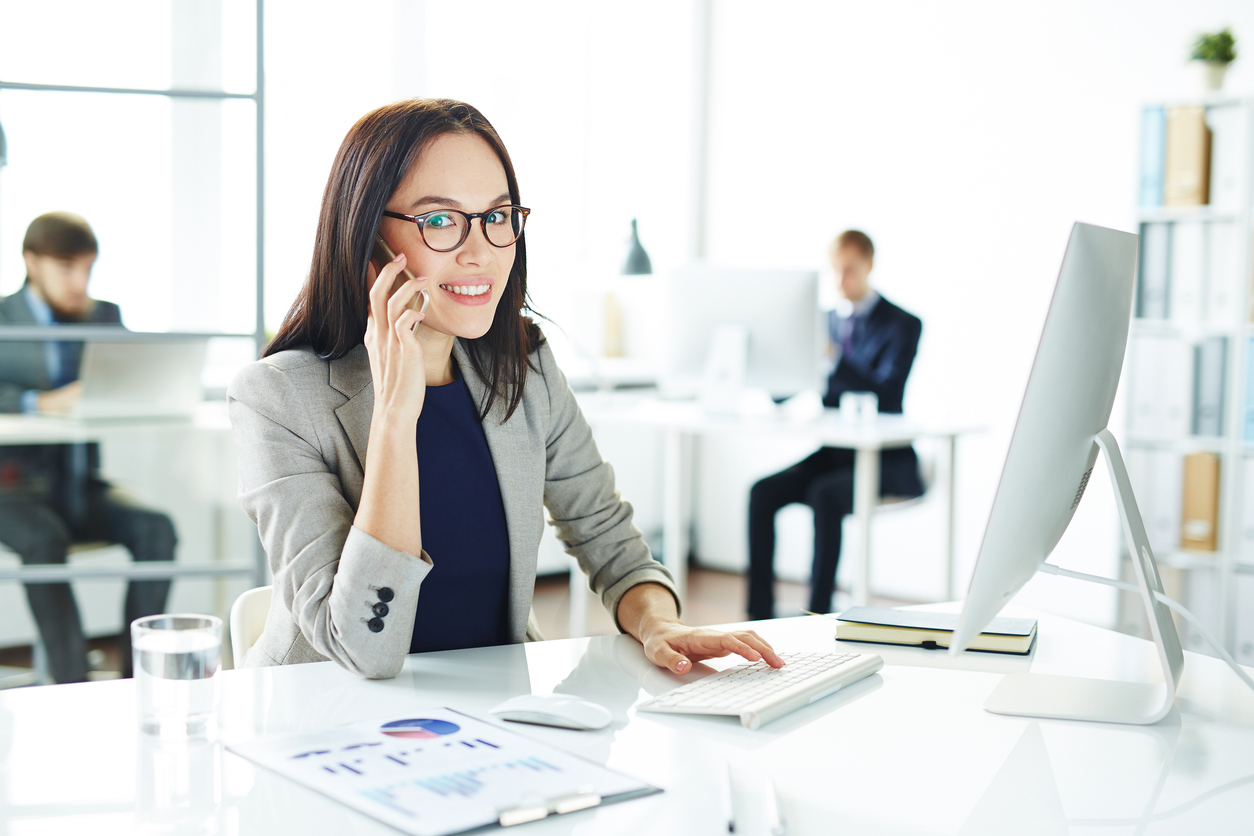 Survival Systems International are looking for highly motivated and experienced Sales Professionals to join our successful and expanding team. This role will allow the opportunity to grow Business to Business Sales and develop a client portfolio including both Maritime and Offshore Energy customers. Our wide-ranging activities and products create a dynamic and challenging sales environment with the potential for career progression throughout our international organisation.

For a full job description or to apply, please email  recruitment@ssiuk.net with your current CV and covering letter. 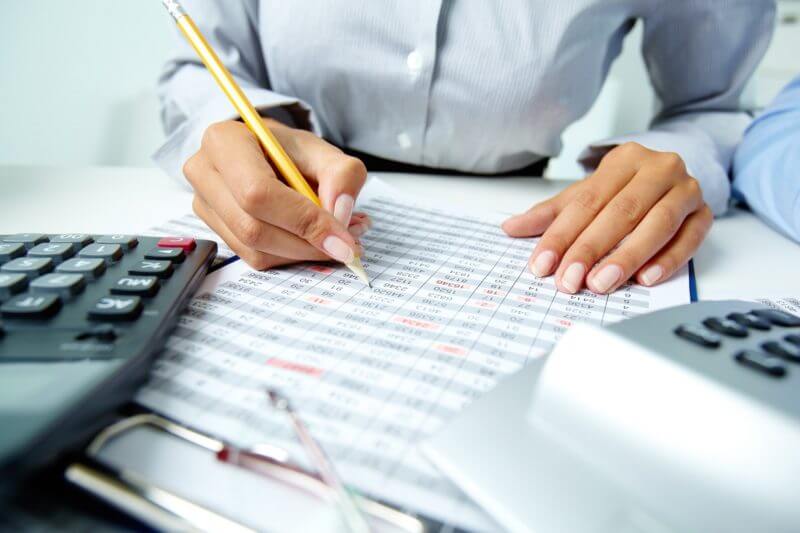 Survival Systems International are looking for a highly motivated and experienced payroll supervisor to join our successful and expanding team. Reporting to the Finance Supervisor, this role will include responsibilities for both Payroll and Accounts.

To apply, please email recruitment@ssiuk.net with your current CV and covering letter. 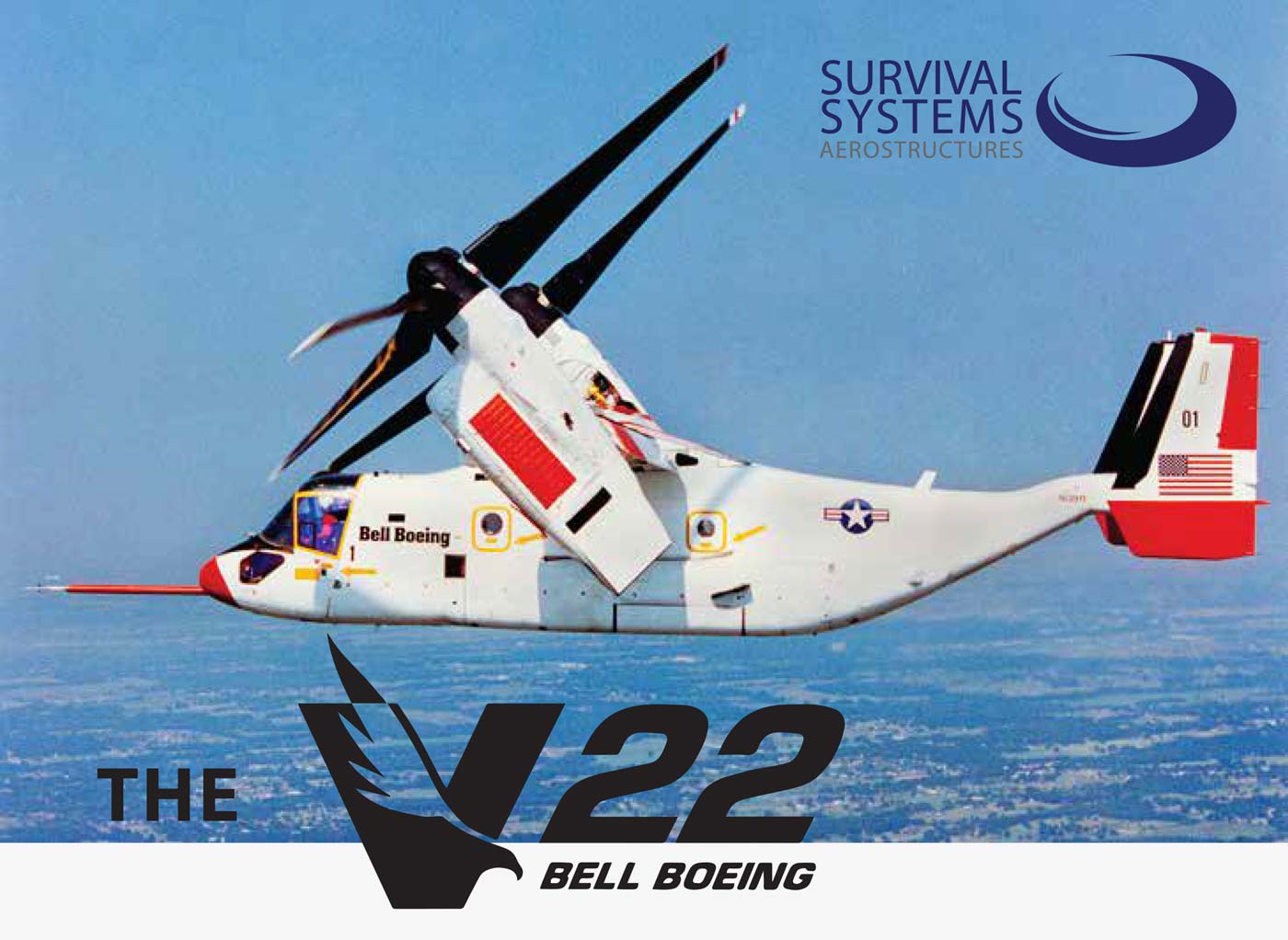 (Based in Kuantan, Pahang)

• To oversee the set-up, delivery and follow up of all Shipping scopes.

• To be the point of contact for shipping related data tools with a responsibility to research, collate and disseminate valuable information for the benefit of eastern hemisphere branches

• To represent SSI for Shipping related customer interaction including but not limited to customer meetings, conference calls, presentations or trade events

• Establish and oversee all scopes of work for allocated customers including:

For those who are interested, please send your CVs to fauzi@ssiasia.com.my. 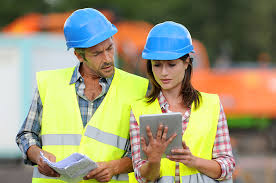 • You will be experienced in the inspection, service & maintenance of lifeboats, and be able to offer technical support to the oil, gas & shipping industry and offshore

• Experience in undertaking Annual and 5 Yearly Inspections in line with SOLAS regulations would be an advantage.

• A proven record in mechanical engineering

• You will need to be enthusiastic, self-motivated and passionate about the quality   of the work you produce.

Roles are available from our Great Yarmouth and Norfolk bases and we have fixed and variable hours positions available.

To apply or to request a full job description please send your CV to recruitment@ssiuk.net. 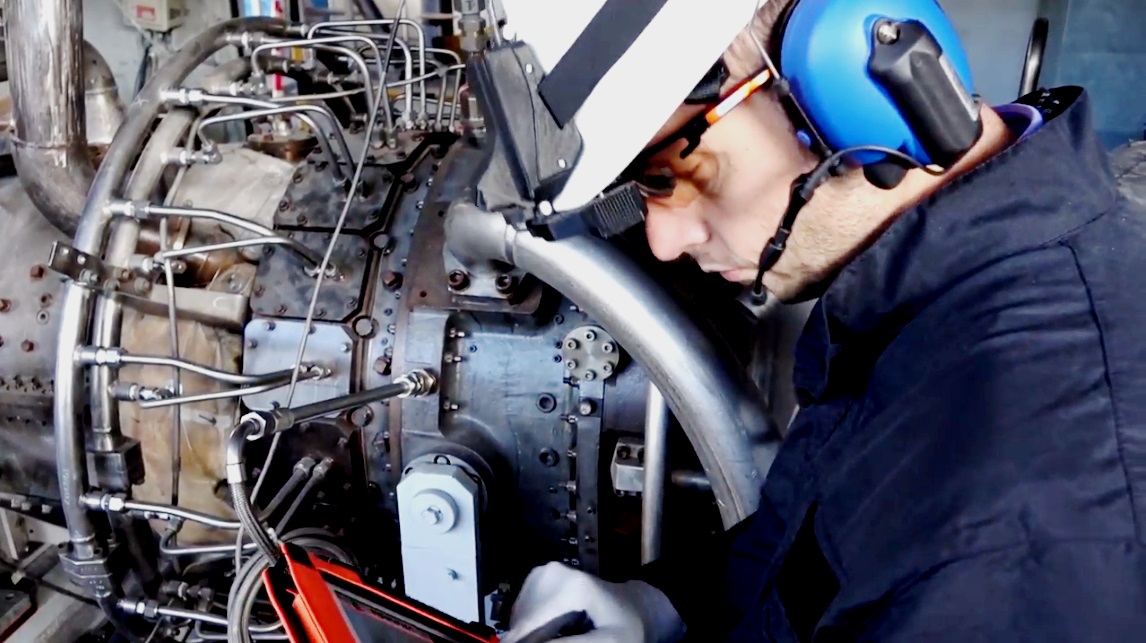 Collaboration with RINA in Response to COVID-19

Living in and conducting business in 2020 has been all about using creative problem solving to deal with adversity, and here at SSI that is no different. Given that we are an international company that sends technicians worldwide servicing our products, it was clear that a travel ban could create serious problems for the way we conduct business and for our customers.

repair performed in China. Due to the travel regulations in China we were unable to get expert technicians on-site to perform the repairs themselves. Therefore we needed a platform that allowed our experts to professionally instruct field technicians to properly perform the repair. The KIBER helmet proved to be the perfect tool for our needs which began our collaboration with RINA.

The KIBER helmet offers a two way live feed where a remote expert can instruct a field technician in situations like:

Additionally, the mobile app enables a local lifeboat field technician to connect to a pool of experts in order to receive guidance from them in his operation in terms of audio/video communication, real-time augmented reality indications, video stream annotations, documents and video screen sharing. Wouter Maes SSI Singapore Operations Director explained that “The detailed interface and quality real time resolution of the KIBER helmet allowed us to seamlessly instruct the technician to make the repair as if we were there.”

Through this collaboration we were able to successfully instruct the technician in China to make the repairs from our headquarters in Valley Center, California in coordination with our office in Singapore. Simultaneously our collaboration has opened up a new avenue to effectively streamline our maintenance and repair efforts in these uncertain times.

Covid-19 has changed how all business has been conducted around the world and we firmly believe our collaboration with RINA has helped us not only adapt to these challenging times, but position us well for the future.” 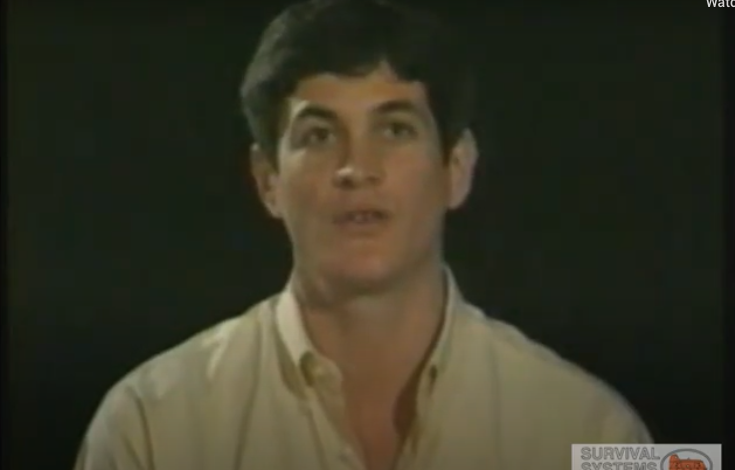 The amazing true story of Tim Matherson who was safely rescued from the Gorilla I disaster because of a Survival Systems International Totally Enclosed Motor Propelled Survival Craft (TEMPSC).

This story begins on the 8th of December 1988 in Halifax, Canada. Low levels of drilling activity and huge maintenance costs had pushed Rowan to look to the North Sea as a more lucrative location for their rig.  They had commissioned the Smit London to tow their rig there and the crew were ready for their trans-atlantic mission.

On the morning of December 13th the crew is faced with their first signs of trouble as a storm brought in 40 ft waves along with winds of 60 knots. Over the next two days the rough seas battered the rig forcing the rigs legs to oscillate which caused severe fractures in the hull and flooded the storage tanks in the stern. The weight of the flooding lowered the stern to the point where waves began breaking over the deck. In the video the subject Tim recalls seeing their “rig torn apart with monstrous waves rising above the deck and ravaging across.”

Around noon on December 15th the waves were recorded at 50-60ft and the captain gives a warning to the superintendent that the rig was in imminent danger of sinking. At this moment the decision was made that the crew would evacuate the rig and make for our capsule.

After loading the crew into our 36 man capsule they conducted a final safety check and head count, pulled the first release and began their descent toward the water. As the capsule was lowering they were struck by a wave that threw the capsule into the side of the rig and tim recalls a “incredible bang” when they hit. After this the capsule proceeded its decent and made it safely down to the water where they pulled the second release.

Just a few hours after they evacuated the Rowan Gorilla I rolled aft and capsized. Unfortunately for Tim and the crew the sees were too rough at the time to rescue them so the decision had to be made to leave them until the waters were safer which would not be until the next morning.

The crew spent their long night singing songs in the capsule waiting for their rescuers as  they were tossed among the enormous waves. One wave in particular the captain recorded took the capsule 60 ft and plunged it into the sea. They waited over a minute expecting to see the debris of the capsule surface amongst the waves, but saw nothing. At this point the captain wrote in his log book, “They’re gone.” Nearly another full minute had passed at which point the capsule resurfaced

To date, SSI products have resulted in the safe rescue of over 2,200 people in over 60 incidents at sea.

The Rowan Gorilla I jack-up oil rig was built by the Marathon LeTourneau yard at Vicksburg, MI and completed in 1983. From 1983, the Rowan Gorilla I spent the first 5 years of its life located off the east coast of Canada. Low levels of drilling activity and high maintenance costs led to the initial decision to move the rig from Halifax, Nova Scotia to Trinidad, West Indies. Lack of a contract led to the subsequent decision to move the rig in winter across the North Atlantic to North Sea area. The rig departed Halifax on 08 Dec 1988, towed by the M/V Smit London.

On the morning of the 13 December, a storm to the south-west of the rig's position brought winds of 60 knots and waves over 40 feet. Over the following two days, the rig was battered by high seas resulting in some significant damage. Wind and wave action caused the legs of the rig to oscillate and transmit stresses to the supporting structures on the hull. This caused hull fractures to propogate and flood storage tanks in the rig's stern. The lowering of the rig's stern allowed the high seas to break over the deck, causing containers and other deck cargo to break loose and batter top-side hatches, creating more points of flooding. On top of this, the tow line, having suffered two days of abuse, broke and the Smit London could only stand by as the crew of the rig attempted to control the flooding situation.

By 1000 on the morning of the 15th December, the captain of the Smit London noted that the rig was considerably heavier by the stern and, noting similarities with the sinking of the Dan Prince jack-up, warned the rig superintendent that the rig was in imminent danger of sinking. Around noon, a series of waves from 50 to 60 foot high hit the rig, dislodging the remaining loose cargo and causing the stern to hang under the seas. After consideration, the rig superintendent then ordered the crew to abandon the rig via the starboard lifeboat.

This video is the story of one of the survivor's Tim Matherson, who used a Survival System's International TEMPSC to safely evacuate and be rescued to return to his family. 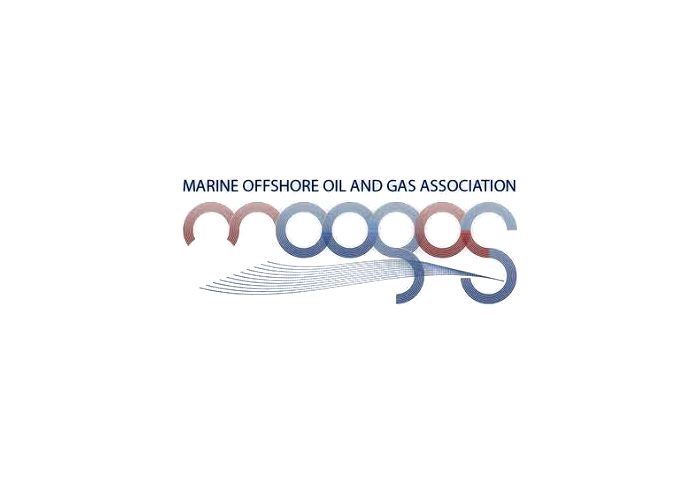 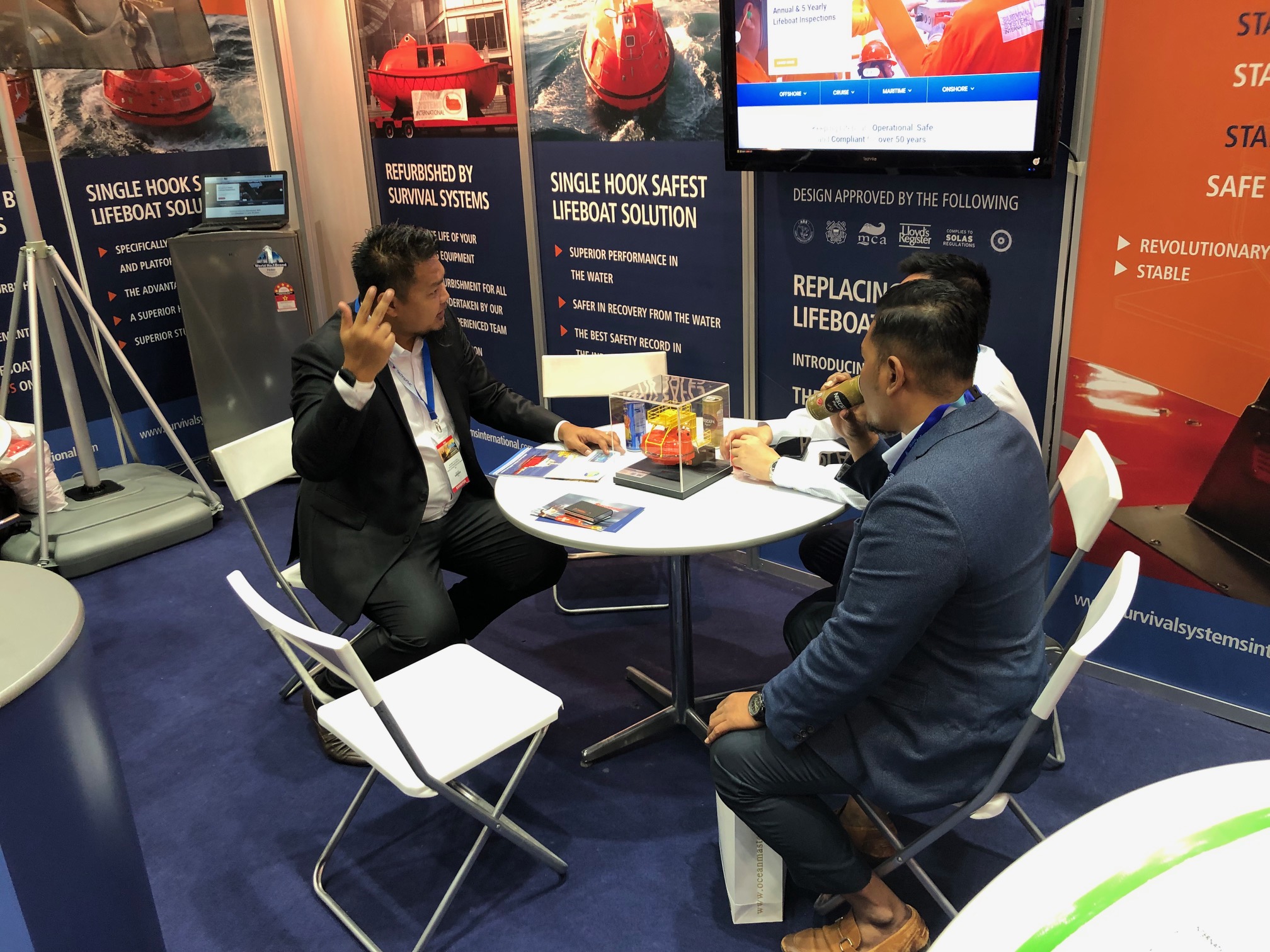 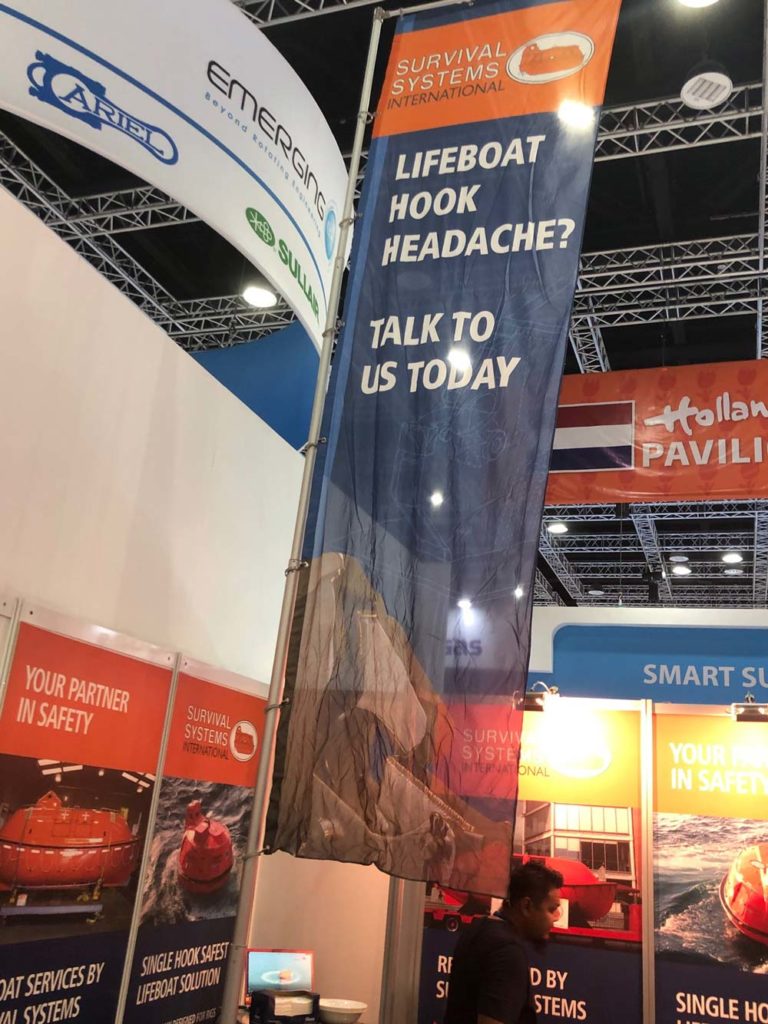 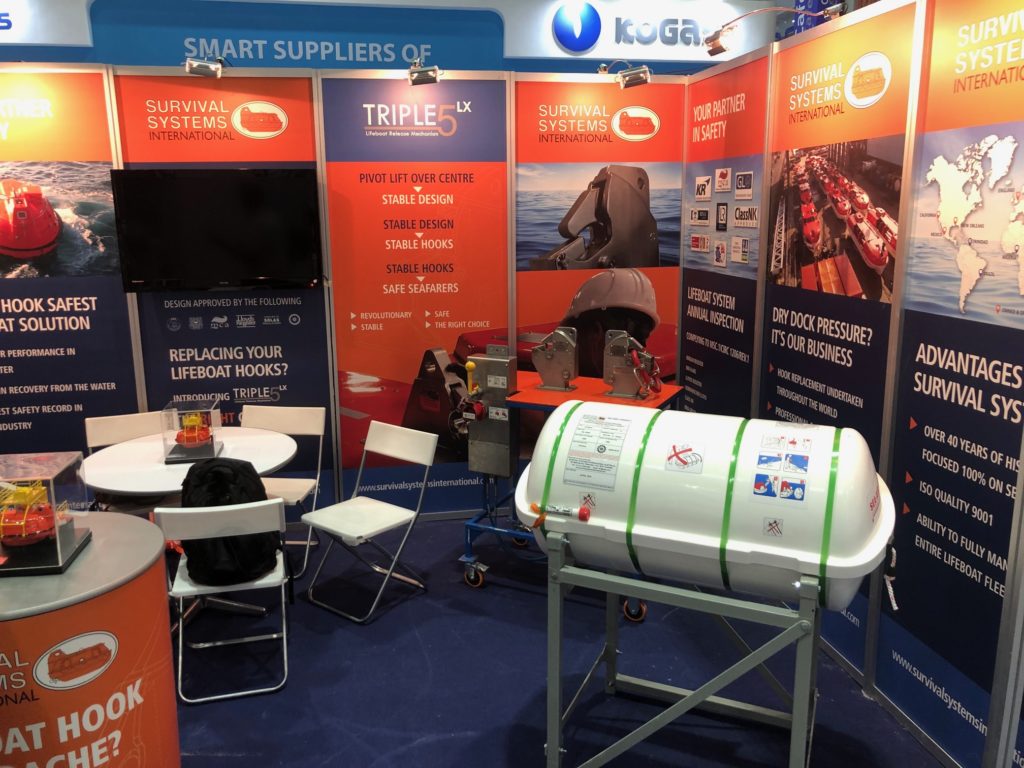 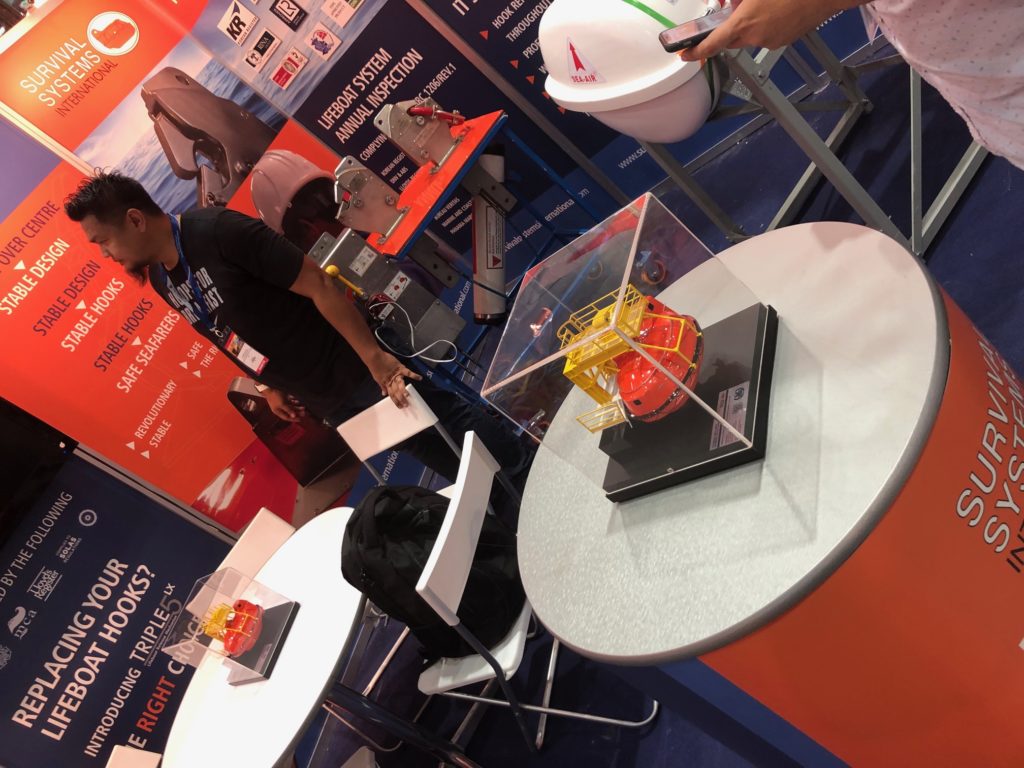 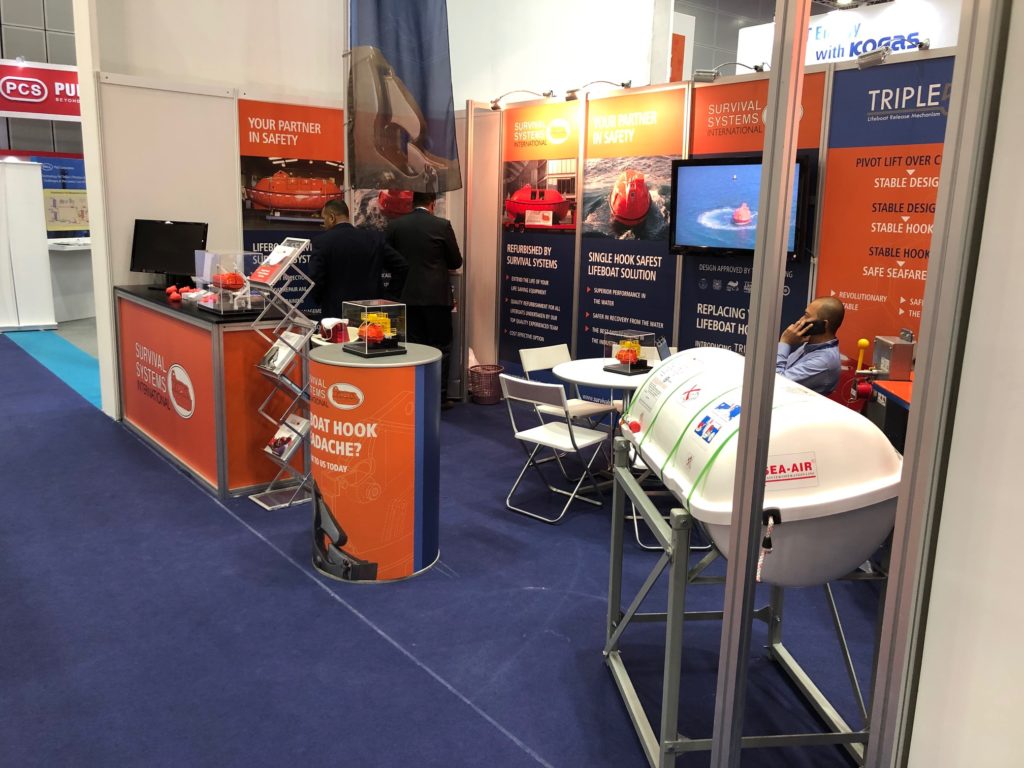 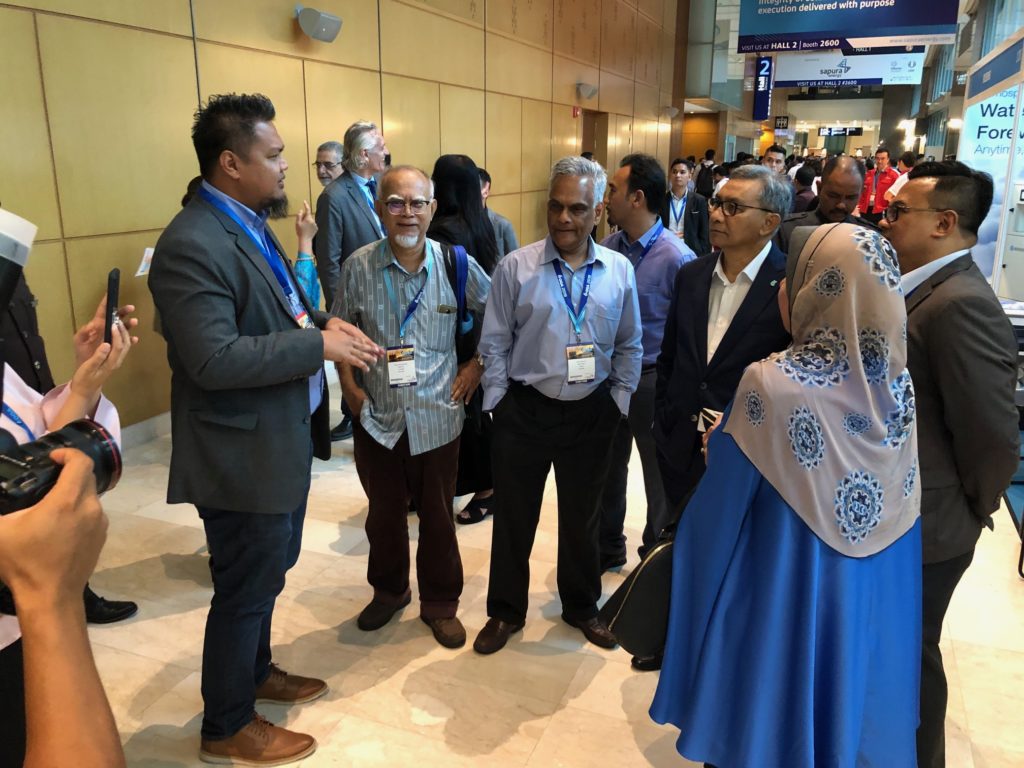 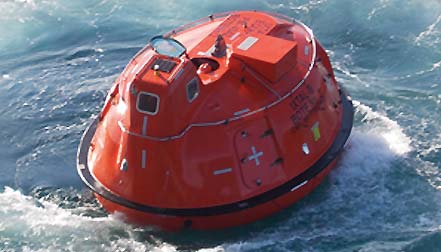 The capsule’s oval shape allows for superior maneuverability in the water plus its beam to length ratio provides enhanced stability in rough seas.

SUPERIOR PERFORMANCE IN THE WATER

When it reaches the water the design of SSI’s lifeboat also offers significant performance advantages related maneuverability and stability.

SSI’s capsule has Greater Positive Stability than other lifeboats.The design and shape of the capsule provides a superior beam to length ratio, more than 0.65 (wider and shorter), anda greater metacentric height, in excess of 1 meter.These two factors significantly improve the capsules stability when underway. This greater stability makes the lifeboatless vulnerable to capsizing. 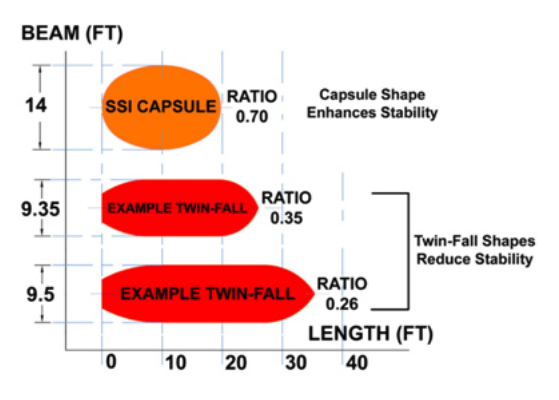